Trump delivers State of the Union under twin clouds of shutdown, oversight

On Tuesday night, Trump asked for Democrats and Republicans to ?break decades of political stalemate? and work together.

Fact-checking President Trump?s claims in his State of Union address

The president is delivering the State of the Union on Tuesday night at the Capitol.

Nine weird things that happened at the State of the Union

Even before Tuesday night?s State of the Union address, things around Washington, D.C., were already pretty weird.

Democratic women wore white to the Capitol to honor suffragettes

They paid tribute to the women who came before them and gave a nod to their own achievement.

Charlie Baker will urge Washington to act on climate change

Governor Charlie Baker is set on Wednesday to call for the federal government to take significant action to respond to the threat of climate change, marking a sharp contrast with his party.

Extended delays in crash investigations over the past five years are strikingly routine, a Globe review of State Police records has found.

The lingering questions about her claims are an unwelcome distraction for Warren campaign days before she is expected to make her candidacy for president official.

The senator from Minnesota signaled on Tuesday she could become the next Democrat to enter the presidential contest, teasing a major announcement on Sunday in Minneapolis.

John S. Driscoll, 84, of Rye, N.H., who died Tuesday, was a longtime editor who led The Boston Globe for seven years.

Players and their families rode duck boats, waved to revelers, and basked in the glow of the franchise?s sixth title.

One of the biggest crowds ever flocked to Boston Tuesday to celebrate the New England Patriots winning Super Bowl 53.

The Patriots wide receiver did his best imitation of teammate Rob Gronkowski.

Some of the best miked up moments from Super Bowl 53

From grandpa Bill Belichick to a Sean McVay pep talk, there were quite a few quotable moments in Atlanta.

Brady acknowledged he took a short break from his strict diet after the Patriots defeated the Rams in Atlanta.

Temperatures plummeted overnight and much of New England will wake up Wednesday to a seasonal chill.

A national emergency for a wall? No way

This comes down to a question of separation of powers, not immigration policy.

The government shutdown was supposed to hurt the economy. It didn?t.

Far from suffering a grievous blow because of the 35-day standoff, the US economy surged.

Bruins get past Islanders

Patrice Bergeron scored twice in his 1,000th game as a Bruin.

As if playing host to 1.5 million jubilant Patriots fans wasn?t enough, Boston Mayor Martin J. Walsh apparently stopped on the highway to help a driver whose car was on fire.

At this gas station, you can fill up with a pint of quinoa

Over four hours, dozens implored New Hampshire lawmakers to either join, or stand apart from, the state?s neighbors on all sides that have legalized pot.

Marijuana smoking may be linked with having higher sperm concentrations

Turns out marijuana could actually have significant benefits for the reproductive health of men.

They were the top of their class at Boston public schools. Then life happened

Read a multi-part investigation into how and why the lives of promising Boston valedictorians didn?t quite turn out the way they expected.

Big Papi?s house in Weston for sale for $6.3 million

31 photos from the Patriots? win in Super Bowl 53

How Brady became one of hip-hop?s favorite references

How will West ? and Democratic primary ? be won?

With retirement near, Vonn has nasty crash in super-G at world championships

Lindsey Vonn crashed in the super-G at the world championships, straddling a gate mid-air and ending up in the safety nets.

The Salem Democrat took questions for about 45 minutes but never even winked at whether he would be the second person from Mass. to jump into the campaign.

This contemporary home has four bedrooms, 5.5 baths, and six fireplaces.

The congresswoman responded to a tweet sent by her Republican colleague, Dan Crenshaw, who combined an apparent dislike of the Patriots with her marginal tax proposal.

Pope Francis has for the first time publicly acknowledged the scandal of priests and bishops sexually abusing nuns and says he is committed to doing more to fight the problem.

Why does my Nissan Rogue have an annoying vibration?

John Paul, AAA Northeast's Car Doctor, answers a question from a reader who was told the vibration in his Rogue is normal.

Everything the Patriots needed, they got

Doctors and the dark arts

Who is the mysterious Berj Najarian?

Assange is a hero to some, but he?s no journalist

At GE, no surprises ? just smiles

Baker is a governor without a party to call home

Debt-saddled Conn. may be on path toward tolls

Massachusetts General Hospital has received one of its largest gifts ever ? $50 million from philanthropists James S. and Carol J. Herscot.

Here?s why Maroon 5 played the Super Bowl halftime show (and who turned it down)

Rapper Cardi B said she received an offer to perform at the Super Bowl, but turned down the lucrative opportunity in support of ex-NFL player Colin Kaepernick.

The former Ribelle chef returns with his own take on Japanese food. 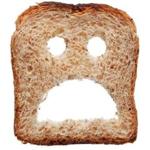 In the weeks after the twins were born, a team of clinicians went to extraordinary lengths to get them an experimental medication.

Advice: At family gatherings, do kids have to give hugs and kisses?

The Great Molasses Flood of 1919 was Boston?s strangest disaster

Are we ignoring ? or outright banning ? an easy affordable-housing fix?

Mobile homes may be the least expensive and most effective means of addressing the region?s housing shortage.