President Trump ordered an FBI investigation into allegations against his Supreme Court nominee, Brett Kavanaugh, after Republicans delayed the vote under pressure from their own party

Kavanaugh?s view that a president who commits a crime cannot be indicted has no basis in the Constitution.

What Kavanaugh?s testimony tells us about the kind of justice he would be

The Senate Judiciary Committee hearings were reduced to to partisanship and tribalism.

An FBI investigation gives the Senate an opportunity to hit the pause button.

? President Trump said in a statement that the updated investigation, which comes in response to sexual misconduct allegations, ??must be limited in scope?? and ??completed in less than one week.??.

? Trump said Christine Blasey Ford ??was a very credible witness?? but also that Kavanaugh?s own testimony was ??an incredible moment.??

?You?re telling all women that they don?t matter?: Jeff Flake confronted by women in elevator

Ana Maria Archila and Maria Gallagher, a Northeastern graduate, confronted the senator Friday after he said he would vote to advance Brett Kavanaugh?s nomination.

Wait ? what did Jeff Flake just do? And what does it mean for Brett Kavanaugh?s nomination?

Moments before the Senate Judiciary Committee gaveled in to vote, there was nothing but drama and suspense.

The Arizona Republican is scheduled to take part in Forbes?s fifth-annual Under 30 Summit on Monday.

Four people were killed at the bowling alley in September 1980.

The bug would allow attackers to ??seize control?? of user accounts, Facebook said.

Joyce, formerly of Milton, was facing a sweeping federal corruption indictment at the time of his death.

US attorney?s office won?t say whether it is still investigating Baker?s son

More than three months after a woman accused Andrew ?A.J.? Baker of groping her on a plane, federal officials would not say this week whether they are still pursuing an investigation into Governor Charlie Baker?s adult son.

The dude looked like Steven Tyler. And he ended up in an Aerosmith tribute band

For nearly 30 years, landscaper Neill Byrnes has played the part of the Aerosmith frontman in Draw The Line. For some hard-core fans, he?s just as good as the real thing.

?Can the call-in show survive?? and other questions for the new hosts of ?On Point?

Meghna Chakrabarti and David Folkenflik sat down for a wide-ranging interview on the increasingly complex media landscape.

The pumpkin grown by Steve Geddes of Boscawen, N.H., is the biggest pumpkin ever grown in North America.

Devin McCourty says it is ?great? Eric Reid signed with the Panthers

?A starter since Day 1 in this league,? McCourty said of the safety.

Do the Patriots have the talent to win when they must?

Imagine, a must-win in Week 4. Now that feels like something from the Patriots? old days.

Dana Pullman said he was stepping down as union president for ?personal reasons,? but it comes as the union faces a burgeoning criminal investigation.

A N.H. judge gave Nathan Carman 10 days to answer certain questions from his aunts and provide them with documents in their lawsuit alleging he killed his wealthy grandfather.

Ashley Goodrich faces a number of charges, including four counts of trafficking of a minor for sexual servitude.

The best additions to the new smartwatch from Apple aren?t available yet.

The Red Sox owners and Live Nation are exploring a 5,000-seat music hall between Lansdowne and Ipswich streets.

They?re baby boomers and former programmers. Can they find a framework for romance?

Is it ever OK to make a public proposal?

The lies that senators must tell themselves to support Brett Kavanaugh

The issue here is as much Brett Kavanaugh?s honesty in the present as what he may have done in 1982.

2018 MCAS scores for schools across the state

Harvard art exhibits remind us the time for change is now

Dont?a Hightower hasn?t been great. But he?s one problem, not the problem

There is plenty of blame to go around on the Patriot defense, and the issue with Hightower may be deployment.

US Senate committee to hold hearing on Merrimack Valley explosions

?The hearing will be held in a location to be determined in the coming weeks,? the offices of Senators Elizabeth Warren and Ed Markey said.

Pope Francis invoked his ?supreme? authority to stiffen a sentence originally handed down by a Vatican court in 2011. 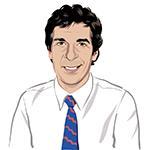 The Ticket: What?s happening in the local arts world

This week?s picks by Globe critics.

Can genetic tests gauge how well antidepressants will work?

With more products aimed at gauging the effectiveness of mental health treatments, some say science is getting left behind.