?America can?t do this.? Protesters blast separation of families

Protests in Boston and across the country Saturday drew thousands of people who are opposed to the immigration policies of the Trump administration.

Hundreds of thousands march across US to protest family separation policy

About 750 Families Belong Together rallies drew hundreds of thousands of protesters into the streets Saturday in every state of the country.

?How are you?? Melania Trump greets child at migrant center

The first lady lit up when a 3-year-old boy darted out of ?Family Unit 8? at a migrant center in Tucson, Ariz.

Protesters stage a rally outside the South Bay House of Correction

Supporters gathered in front of the jail that houses undocumented immigrants.

The lefthander allowed but one hit and one walk in seven shutout innings, while striking out 11.

The Sox lefthander is 7-1 with a 2.72 ERA in his last nine starts, going into Sunday night?s game in New York.

A-Rod played in plenty of games in the rivalry, and on Sunday he?ll broadcast his first for ESPN.

The City of Boston declared a heat emergency beginning Saturday with temperatures expected to rise into the high 80s later in the day under sunny skies.

LeBron James and the league-wide effect of his free agency

The Lakers may be James?s best option.

Who are the NBA?s key free agents and where are they most likely to land?

There will be winners and losers in these sweepstakes.

Need your lawn mowed? Bring on the goats

A Carlisle teen is earning money this summer deploying goats and sometimes sheep to do yard clean-up.

Here are the top movies of the first half of the year.

A guide to the festivities: Plan your Fourth of July on the Esplanade

With the Fourth of July right around the corner, it?s time to start planning your own local celebrations.

Belichick after newsroom tragedy: ?My heart goes out to the victims?

?For my entire life, The Capital has been my hometown newspaper,? said the Patriots head coach.

The ruling in US District Court in Springfield affects thousands of Puerto Ricans who fled the island after last year?s storm.

Lawrence Bacow has a new vision for Harvard University and it will take him all the way to . . . Michigan.

Junot Díaz case may be a #MeToo turning point

In his first interview since being accused of inappropriate behavior with women, celebrated novelist Junot Díaz adamantly denied the allegations.

People helping us pull back from the darkness

At grim moments like these, it?s easy to slide from anger into despair. So it?s important to consider some of the light that remains.

The student received a ?contact injury? when two chemicals he was mixing spilled on his skin, a Boston University official said.

St. Catherine of Siena has taken on new life ? if a decidedly secular one ? as a haven for a Dollar Tree store.

How ice cream made America

About 20 sign-wielding demonstrators at the MBTA?s Park Street Station urged Bostonians to support US peace talks with North and South Korea.

As they chase a younger audience, the 150-year-old majors are letting their freak flag fly a bit, licensing brands that are offering brasher statements and a more fashion-forward attitude.

President Trump said Saturday that he had received assurances from King Salman of Saudi Arabia that the kingdom will increase oil production.

Why are Dems scared to ask ?Who is the next Obama??

Alexandria Ocasio-Cortez?s win proves that the future of the party lies in its progressive ideas.

Why Facebook and Google should pay you for your data

Users? clicks and posts built Facebook and Google?s online empires. Isn?t it time they got paid for their labor?

?Runnin?,? now available for purchase on Vimeo, takes an intimate look at a group of friends in Somerville who came of age as the opioid epidemic took hold and morphed into a national nightmare. It retraces the lives of friends lost, and one last member of the group struggling to avoid the same fate.

Getting over a breakup

Meredith Goldstein explores how to move on when a relationship ends. 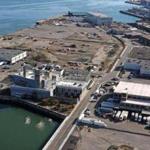 Another building going up in Seaport, without tenants

Sox having many lefties may not be all right

One in five Mass. adults consumed pot in past month

Annapolis suspect scrutinized for threats in 2013

Eduardo Rodriguez made this one easy for the Yankees

As Rodriguez was rocked, CC Sabathia and two relievers held the Sox to six hits.

Boston police to beef up patrols in neighborhoods around the Fourth

US new-home sales climbed 6.7 percent in May

WASHINGTON (AP) ? Sales of new U.S. homes jumped 6.7 percent in May, with purchases in the South accounting for all of the monthly gains.

Trump says he has ?good relationship? with chief of staff

President Trump said Friday that he gets along well with his embattled White House chief of staff but doesn?t know how long John Kelly will remain in the job.

Amazon's own delivery vans to hit the street

An unlikely deal on family leave

At Department of Correction, a death of compassion

Will LeBron?s decision help or hurt the Celtics?

There?s no pot smoke, but there?s a firing

When Mike Trout enters the room, it?s like Superman has arrived

Who?s to blame for our civility crisis?

Next big thing in data storage is microscopic

Red Hen can turn away whomever it wants

Pledging allegiance to what, exactly?

Kicking out Sanders was the right call

A viral ad can be rocket fuel for a political campaign

Alexandria Ocasio-Cortez had a widely viewed spot before her surprise victory in New York this week.

The Boston-based home security technology maker said Friday it has agreed to be acquired by a California private equity firm.

Fashion-spotting at the Boston Center for the Arts Ball

Life in the cheap seats at Fenway Park

Baseball is never boring in the bleachers. Just ask the Red Sox players who are out there.

A cold war: Which is better, hard or soft-serve ice cream?

Blind date: ?If there was a part I could redo, it would be the end?