A former student alleges the New Hampshire boarding school failed to protect her from sexual assault and harassment under federal law.

North Korea scheduled a ceremony on May 23 and 25 at its nuclear test site to begin shutting the facility down.

Ferries to Martha?s Vineyard have been breaking down at an astounding rate. And summer is approaching

After 38 years, the Bus Stop Pub will close Saturday.

?NotDavidPrice? tried ?Fortnite? for first time to figure out the hoopla. It didn?t go well

?They?re not bad people,? he told NPR. ?They?re coming here for a reason. And I sympathize with the reason. But the laws are the laws.??

Three non-life-threatening injuries were reported at a large multi-unit apartment building in the West Roxbury fire, which was fueled by a gas leak, officials said.

How the Orioles became the most dysfunctional organization in baseball

There have been reports that GM Dan Duquette has been ?thrown out of the cockpit,? but no one knows who?s flying the plane.

Axl Rose ? a small, hopeful example for our fractured nation?

A reissue from Guns N? Roses leaves out ?One In A Million,? which denounced African-Americans, immigrants, and gay men.

Your guide to local college commencements

Here is a look at this season?s commencement schedule and some of the notable commencement speakers at colleges around the region.

Surprise her this year with an elegant feast that sounds fancy but is simpler than you?d think to prepare.

Getting rid of cheerleading is not the solution for the NFL

Taking aim at the women rather than their bosses further punishes the victims.

Few things succeed in riling up the Internet faster, unleashing a unique cocktail of amazement and terror, than a new Boston Dynamics robot video.

Should business schools focus less on CEOs and more on the front line?

?This is not altruism,? said James Sinegal, cofounder and former CEO of Costco Wholesale. ?This is just good business.?

On the road to health, leaving the hospital is just the start

Voters should hold Republicans responsible for their efforts to undermine the Affordable Care Act. 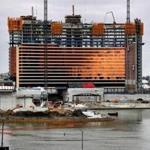 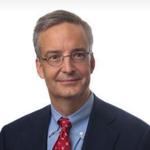 Mercedes to recall Smart cars due to engine fire risk

Under pressure from the US government, Mercedes-Benz is recalling nearly 43,000 tiny Smart cars because the engines can catch fire

N.P. ?Narv? Narvekar?s pay was buoyed by about $912,000 that he will get later, but was still reported in the tax documents.

Fans don?t want to say goodbye to their TV friends on ?Brooklyn Nine-Nine?

Some comedies exist primarily to provide viewers with a group of TV pals whose consistency, whose repetitiveness and catchphrase-bound dialogue, is soothing.

The bakery chain, best known for its gooey sticky buns and other blissful baked goods, will move its production kitchen to the new location, as well.