Powerful storm barrels down on Mass., with deep freeze to follow

? 10 to 14 inches of snow are forecast in Boston and areas west and north.

? MBTA subway trains will be on a normal schedule, with commuter rail trains on reduced service. Buses will be on snow routes.

? Public schools in Boston and other localities are closed Thursday.

? Power outages are possible because of high winds.

Snow and high winds bear down on coastal New England

Thursday is a good day to stay home, curl up under a blanket, and pray the power doesn?t go out.

Snowstorm, bitter cold will be big test for MBTA

The MBTA is facing its most serious challenge since the disastrous storms of 2015, with blizzard-like conditions expected, followed by Arctic cold into the weekend.

These maps show you everything you need to know about Thursday?s snowstorm

An impending nor?easter is expected to drop up to a foot of snow on the Boston area Thursday. These maps show you exactly what to expect.

Schools around the region are deciding to cancel classes for Thursday as a formidable nor?easter bears down on New England.

Here?s what to expect from the possible blizzard

Power outages will be very possible because of strong wind gusts, meaning affected people could be without heat as arctic cold sets in after the storm.

5 hacks to help you beat winter at its own game

Why does this storm feel so cruel?

A brief oral history of that ?Bread and Milk? video

The weather is so cold that slush-like ocean water is slowly rolling towards the shoreline on Nantucket. The effect is hypnotizing, and it?s the second time it?s happened in three years.

I ducked his kiss on our first date, and now he?s not returning my texts

He said it was a great first date, but won?t respond about a second one. Was it my aversion to smooching?

?The Post? is grand, thoughtful entertainment and happily sells us a message ? a free press is necessary to the healthy functioning of any democracy.

Opened in 1916, the Winthrop Arms has plenty of crusty charm.

With restrained flavorings, such as saffron and butter, risotto fills the bill nicely. It also holds up to additions such as chicken and prosciutto.

It?s sad but true that most newcomers will be gone by Valentine?s Day. But existing gym members can help.

In a thaw in the relationship, Thomas said Ainge watched his season debut Tuesday and was happy he was back playing.

Immigration battle could become a firestorm in D.C.

Trump wants to rescind the program that allowed some undocumented minors to stay in the US, and both parties are roiling.

In a statement brimming with anger, Trump essentially excommunicated his onetime chief strategist.

Lawyers sent a cease-and-desist letter, arguing Bannon had violated a non-disclosure agreement in speaking about the campaign and Trump administration.

From Bannon to the ?nuclear button,? here?s how Sarah Sanders defended Trump

After Trump said Steve Bannon has ?lost his mind,? the press secretary said the president made himself ?extremely clear.?

A White House statement blamed the decision on numerous states that have refused to provide voter information to the commission.

Here are all the reasons Romney will be a shoo-in for the Utah Senate seat ? all he has to do now is run.

Michael Loconto is taking over for Michael O?Neill, who decided against running for chairman again.

For Mayor Walsh, a clash of values over the homeless

It?s no secret who usually has the power to persuade City Hall. It?s the business community.

Scituate storm historian will be in his usual front-row seat

Dave Ball knows Scituate history and what big storms have done to the town. He has his eye on this one.

State Police in a helicopter pluck man from icy Merrimack

The helicopter hovered so low that its skids were underwater as an officer leaned over and grabbed the man from the river.

At 691 feet tall, the $1 billion building would be 84 feet shorter than originally proposed.

One youth was seriously injured after being stabbed in the torso by another juvenile when a fight broke out.

The Tax Cuts and Jobs Act is a $1.5 trillion splurge whose biggest individual beneficiaries were already set for life.

Columnist Jeff Jacoby offers his take on everything from politics to pet peeves to the passions of the day. Sign up today.

At ESPN, the problems for women run deep

The unforgiving culture at the sports media behemoth has led some women to feel pressured to hide pregnancies or take short maternity leaves. One anchor even did her scheduled broadcast while she was having a miscarriage.

In Israel, Teva has a special meaning ? now in peril

Even as it has become a multinational company, Teva has striven to maintain its Israeli identity. Can that last?

Where are you most likely to pick up germs?

Advice: I?m being taunted by my nemesis while commuting 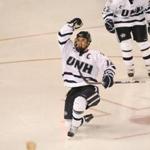 In the coldest corner of Gillette Stadium, fans shivered and smiled

The building?s closure, which could hamper state operations, comes a day before a snowstorm is set to bear down on Boston.

The corner condo, priced at $589,000, has two bedrooms and two baths. Search more listings to buy or rent in the area at realestate.boston.com.

Paul Manafort alleges in the lawsuit that Robert Mueller exceeded his authority by investigating him for conduct that was not related to the Russia probe.

From rare and exotic vehicles to classic muscle cars.

Isaiah Thomas is loved, but it was right to trade him

Few playoff QBs loom as a threat to Patriots

Something doesn?t seem right with Patriots

Is there life after challenging the mayor and losing?

Harry and Meghan, leave Trump off your guest list

A world of love and hope

Harrison made a business decision in joining Pats

As the calendar flips to 2018, let?s examine the state of Boston?s teams

For more than 50 years, Thomas S. Monson served in top leadership councils for the Mormon church.

The deal would add $61 million a year in costs for consumers and businesses, the Health Policy Commission says.

Despite scathing reviews from critics, Netflix has greenlit a sequel to ?Bright,? with star Will Smith and director David Ayer expected to return.

Steadily, Cultivar is?growing into itself

Located in the Ames Hotel, Chef Mary Dumont finally has the place of her own she?s been working toward.

Globe staff photos of the month

Here?s a look at some of the best images taken by Globe photographers in December, 2017.

A Muslim and a Jew decorate the tree, Little House on the Prairie-style

They told me my illness was all in my head. Was it because I?m a woman?