An extraordinary day at Berklee puts focus on sexual harassment

At a packed campus-wide forum, the Berklee College of Music?s president apologized and pledged a faster and more transparent system for dealing with sexual misconduct.

In tears, a new accuser said Monday that as a teenager in the 1970s she was sexually assaulted by Moore in a locked car.

Attorney General Jeff Sessions is leaving open the possibility that a special counsel could be appointed to look into Clinton Foundation dealings and an Obama-era uranium deal.

Donald Trump Jr. reportedly had contact with WikiLeaks during 2016 campaign

According to The Atlantic, WikiLeaks sent frequent direct messages on Twitter to Trump Jr., who responded to some of them.

Trump went to other side of the planet, and his problems at home followed him

They rolled out the red carpet in Asia, but it was the stories here that dogged him.

Mitt Romney, man of many principles, tries standing for one

Romney?s language about Roy Moore is tough and uncompromising. But how long will that last?

Two fraternities have closed, Tufts banned another for a decade, and several others are on probation or have been suspended.

People who take a lot of deductions in Massachusetts could end up losers under the plans percolating in the GOP-controlled Congress.

State lawmakers expect the House to vote early this week on their bill, which represents a scaled-back version of the sweeping measure that passed the Senate last month.

Scientists offer a ?Warning to Humanity? about a damaged planet

More than 15,000 scientists from 184 countries worldwide have signed a letter warning that Earth?s environment is heading down a path to destruction.

An investigation into a former top official with the US Marshals office in Boston found a range of misconduct, including lying under oath about sexual activity in government offices.

Sandra Cordero hoped that someone would grant her 2-year-old son Edison his greatest wish: to meet a real police officer.

Rex Burkhead is as close to a two-way player as you will see in today?s NFL

Burkhead played the most snaps of all the Patriots? running backs Sunday, caught a TD pass, and was a monster on special teams.

John Oliver took a hard line against President Trump on Sunday, warning viewers to see through the president?s way of handling controversy.

This ex-Fidelity worker won at the Supreme Court. Now a Boston jury will decide if she is a true whistle-blower

Jackie Lawson alleges that she faced retaliation after she accused Fidelity of using accounting methods that led to charging millions of dollars in excessive fees to fund shareholders.

Keurig pulled its ads from Hannity, and now fans are smashing their coffee makers

The company pulled one of its ads from Sean Hannity?s show based on his support for Alabama Senate candidate Roy Moore.

Hudner was awarded the Medal of Honor for his actions during the Korean War and went on to lead the state Department of Veterans?s Services for much of the 1990s.

Your car is a big environmental nemesis, and Mass. is stepping in

Massachusetts wants to focus on limiting emissions from vehicles, which have surpassed power plants as the state?s largest source of greenhouse gases.

Word is the comedian-actress is dating chef Chris Fischer, whose family has been running Beetlebung Farm in Chilmark since 1961.

CEO John Flannery made several big announcements to analysts and investors during a meeting Monday in New York.

?I am a victim of sexual abuse?: Aly Raisman opens up on ?60 Minutes?

In the interview, the Olympic gold medalist from Needham told of how she has been affected by sexual abuse at the hands of a team doctor.

The high school football playoffs are here; keep track of the results as well as other varsity sports all year round. Sign up today.

He put BSO on the map ? then landed in a world of trouble

One hundred years ago, one of the world?s top conductors was ensnared in a scandal involving patriotism and sex. It almost toppled Boston?s famed orchestra.

It?s urgent that Congress tighten the rules governing the use of nuclear weapons.

Dear Jeff Bezos: Come and help us build a better Boston together

An open letter to the owner of Amazon, proposing a true partnership that rewrites the relationship between a city and the big companies that call it home.

With more patients speaking up ? via hospital surveys and third-party rating websites ? inevitable tensions are emerging.

Is the King Arthur?s era over in Chelsea?

Vanu Bose, noted figure with MIT and cellular pioneer; at 52 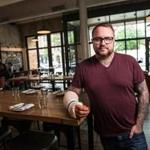 How much is a liquor license in Cambridge? It depends

It?s the city vs. the suburbs on the commuter rail 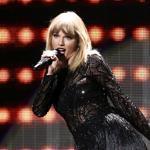 He?s never tried a case, but Trump wants to make him judge for life

Kraft reportedly advised Jerry Jones to back off on Goodell

Jones, who owns the Cowboys, has been trying to block a contract extension for the NFL commissioner

Mark Zuckerberg and his wife are giving Harvard a $12.1 million grant to encourage low-income undergrads to pursue public service opportunities.

Biggest home sales? Three are in this South End church-turned-condo

Condos in the Lucas couldn't beat out a Millennium Tower unit for the biggest sale of the week. See inside and find other listings in the area at realestate.boston.com.

Roslyn Corrigan told Time magazine that she was 16 when Bush grabbed her buttocks as she posed for a photo with him in 2003.

Pursuit of Shula?s record could keep Belichick around

Doubt from a juror, but after the verdict

Never heard of him? All the better

Luis Tiant among those who still have hope for the Hall

Goodbye to David Pendleton, a champion of film

Patriots wait for the other guys to screw up

How can Republicans still stand by Roy Moore?

It?s not just Virginia that sent a message to Trump

Photos that speak on Veterans Day and every day

Weinstein is why all-male boards are a bad idea

Some participants expressed sympathy for xenophobic or white supremacist ideas, with one banner reading, ??White Europe of brotherly nations.??

The new building along Brookline Avenue would be the largest patient-care project for the hospital in more than 20 years.

For the first time since returning to air this season, the cold open didn?t feature Alec Baldwin playing Donald Trump.

President Donald Trump is traveling to five countries on a 12-day trip in Asia, his longest overseas journey as president.

Ten restaurants to try in New England this winter

Letters to the editor of the Globe Magazine

What Donald Trump has in common with Napoleon III