John Flannery is separating himself from his predecessor with a management shake-up that will see three top execs step down.

The newly issued rules give employers the right to deny women birth control coverage by claiming religious or moral objections.

The announcement, which came with no warning, will undoubtedly set off a wave of interest.

White House officials urged President Trump to show restraint in his response to the Las Vegas shooting: No speculative tweets, no over-the-top bluster.

?He was the king of microaggression?

Unlike most mass shooters, who are usually younger, Stephen Paddock was the product of decades of experience and rumination.

Developers filed plans with the city this week to put a new glass facade on a 41-story office building.

Up to two inches of rain could fall in Massachusetts Monday into Tuesday, the National Weather Service said.

If you like the ocean and solitude, this land sale in Maine has lots for $20,000

After 13 years on the market and few sales, developers in Steuben, Maine, are planning to sell oceanfront lots Saturday at deeply discounted prices.

Where the boys are ... in Ubers

In pre-ride-hailing days, chauffeurs were for rich kids. But now a growing number of teens have private drivers.

The front men of the rotation have been a major disappointment dating back to last year?s postseason.

The issues probed in the documentaries include the squandering of food resources, urban youth violence, the failures of the criminal justice system, and more.

Nonwhite communities are insisting that the face presented by art correspond to reality rather than stereotype.

The movie mogul has been creeping on women ? that?s a tactful way to put it ? for almost three decades. So why is the king only now being chased from his throne?

Chad Finn and Jim McBride are Chris Gasper?s guests following a huge sports day in Boston that saw the Red Sox, Bruins, and Patriots all play significant games within hours of each other.

Why New England?s peak fall foliage is a little later than usual

While the leaves change color each year no matter what, some autumns are different in terms of how the colors appear.

?I don?t want anyone in Puerto Rico to ever feel forgotten again?

Lin-Manuel Miranda?s ?Almost Like Praying? is an upbeat charity single featuring an all-star lineup of Latin artists from across genres and generations.

At Boston Public Library, a new outreach position for the homeless

Mike Bunch, an outreach case manager social worker at Pine Street Inn, has been hired to work at the library?s central branch in Copley Square, according to the mayor?s office.

Ralphie May, brash comedian, is dead at 45

His publicist said he had been treated for pneumonia and had canceled some shows over the past month.

A growing number of people who say their fathers are priests are speaking out, drawing attention to an invisible legion of suffering.

The Trump administration has drafted a rule that would dial back contraception coverage mandated in Obamacare.

An outbreak waiting to happen

City of Bones reigns as capital of Halloween

How to avoid your 15 minutes of online shame

?I saw a ball of fire? fall from sky in White Mountains forest

Dan Lyons, author of a book on HubSpot, named in BuzzFeed article about alt-right?s tactics

Where to celebrate Oktoberfest ? and other fall fests ? in New England

?Goodbye!? AOL Instant Messenger is signing off for good

Is a Mass. ban on bump stocks on the fast track?

The Sox are a loss away from elimination as the Division Series comes to Fenway Park Sunday.

First billboard ads for a marijuana dispensary will go up Monday

Legal marijuana companies have many restrictions on how they can advertise.

The seemingly small $2.5 million cost of the sustainable project is a tribute to the many thoughtful decisions that make this a visible symbol of Thoreau?s legacy.

Trump talks of ?calm before the storm? at military gathering

President Trump delivered a foreboding message to reporters as he posed for photos with his senior military leaders that this might be ?the calm before the storm.?

Ken Block, Hoonigan Racing and Ford Performance won?t return to the FIA World Rallycross Championship in 2018. Ford Performance announced Wednesday that it will exit the series following the conclusion of the 2017 championship, according to Motorsport.com. The American automaker partnered with Hoonigan ahead of the 2016 season to launch its first factory-backed rallycross campaign [?] 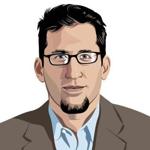 It?s time for Boston to bring in the closer for our Amazon bid

The gun lobby is alive and well in blue Massachusetts

It?s how we live now ? and die

Gerrymandering can be stopped ? but not by judges

Just a guy with several rifles in a hotel room

The Nobel Peace Prize was awarded Friday to the International Campaign to Abolish Nuclear Weapons, an organization seeking to eliminate atomic weapons through an international treaty-based prohibition.

The Ticket: The week ahead in the arts world

This week?s picks from Globe critics.

The issues probed in the documentaries include the squandering of food resources, urban youth violence, the failures of the criminal justice system, and more.

Attention, oyster lovers: Eventide opens in the Fenway this weekend

Yes, their signature brown butter lobster roll is on the menu, as well as plenty of oysters, crudos, tartares, fish sandwiches, clam chowder, and more.

Globe photos of the month, September 2017

Photographers from the Globe captured images of Hurricanes Irma and Maria, remembering the Sept. 11 attacks, signs of fall, and the football season in full swing.

?I?d convinced myself that I had no expectations? on this blind date

If the elites go down, we?re all in trouble