With at least 59 dead and 527 wounded in the Las Vegas massacre, many are searching for answers

Rhonda LeRocque had been at the outdoor concert with her husband and their 7-year-old daughter when the gunman opened fire.

Seth Moulton is right to insist that action on gun control will honor the dead and wounded far more than some ritualistic, token gesture.

After spending the night fearing for his life, Caleb Keeter spoke up.

Donald Trump could seize the moment on gun reform. Really.

Trump knows how to change his mind and abandon old allies. What better time than the present?

Sponsored by Museum of Science

Are you a true Pats fan? See if you can answer these 10 questions

Everything from the '60's to today. How well do you know your favorite franchise?

Mourners attended a vigil on the Strip.

A vigil also was held at nearby UNLV.

The Strip was filled with mourners.

A service also was held in Nashville, Tenn.

Gunman was thoroughly prepared for his mission

? Stephen Paddock, 64, fired from the 32nd floor of the Mandalay Bay resort, killing dozens and sending hundreds to the hospital.

? Authorities said they found 23 guns, including two automatic rifles, and hundreds of rounds of ammo in Paddock's hotel room.

? The gunman's brother was in shock. ?Where the hell did he get automatic weapons??

? The attack is the deadliest mass shooting in modern US history.

As I got closer to the Strip, the first indications of what had taken place were becoming obvious.

What we know about the shooter

Stephen Paddock was a high-stakes gambler. His father was a convicted bank robber. Police said he had no criminal record.

Leaders of the Republican majority showed no inclination to do anything, aside from condemning, standing in silence, and praying.

Petty burst onto the scene in 1970s as one of the most original, searching voices in rock and remained a major hitmaker for decades.

Winthrop tried to transform downtown by closing a one-way street. It went poorly.

3 years in, Keolis still under fire as commuter rail operator

The state?s transportation secretary sharply criticized Keolis on Monday. ?Once we solve one problem, there seems to be another,? she said.

Kyrie Irving, among 10 new players, led the Green to a preseason victory against the Hornets.

They once were ?mocked.? Now Brandeis scholars are Nobel laureates

Michael Rosbash and Jeffrey Hall were honored for their discovery that every living thing relies on circadian rhythms.

The move comes in anticipation of the Trump administration?s reversal of the federal mandate.

Many on the island have accused the government of an inadequate response to Hurricane Maria.

Sludge, snakes, and sewage: Maria brings misery in many forms

?We have nowhere else to go, no other option. So we have to clean up.?

Sponsored by Museum of Science

Are you a true Pats fan? See if you can answer these 10 questions

Everything from the '60's to today. How well do you know your favorite franchise?

A growing number of people who say their fathers are priests are speaking out, drawing attention to an invisible legion of suffering.

It takes a political angle and quite a lot of carnage to command our attention.

Will a new proposal end a civil war among states over donated livers?

The proposal would change the geographic lines that determine access to donor livers in communities across the U.S.

Trump on victims: ?God bless the souls of the lives of the lost?

This Astros team has no glaring weaknesses 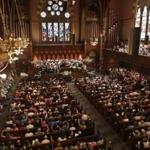 How much battering can a brain take?

After getting swept by the Indians last year, players know what they can expect in the playoffs.

Only Confederate memorial in Mass. to be removed

Officials say the monument on Georges Island will be stored temporarily at the state archives facility.

The three-level home itself has five bedrooms, six full baths, three half baths, and 8,749 square feet of living space.

GM to offer 2 more electric vehicles in next 18 months

Just a guy with several rifles in a hotel room

Prosecution not remedy for campaign lies 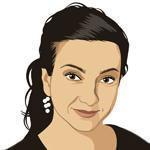 College sports are a national embarrassment

Players? message continues to be ignored

A family tradition, cast in orange, red and yellow hues

Prosecutors said a man accused of setting off a pressure-cooker bomb in New York was a ?soldier in a holy war.?

The automaker offered its strategy to vastly expand the number of electric models on the market.

From the Bible, an operatic chapter you never knew

Beyond the lines of Fenway Park

The Globe?s Stan Grossfeld turned his camera away from the game to record scenes of the carnival-like atmosphere of Fenway Park.

Advice: How do I politely cut ties with my hairdresser?