The company has decided to renovate two older brick buildings first before beginning work on the new 12-story building.

Trump promises ?fire and fury? against N. Korea if it escalates threat

North Korea fired off its own ??serious warning?? about ??enveloping?? the US territory of Guam in missile fire.

Residents of the tiny Pacific island of Guam say they?re afraid of being caught in the middle of escalating tensions between the U.S. and North Korea.

Donald Trump?s preening rhetoric threatens trust, built up over decades, that America is committed to using its power wisely, responsibly, and only as a last resort.

?This is the first time I?ve walked without shackles,? says man freed after 38 years in prison

Frederick Clay walked out of Suffolk Superior Court on Tuesday, a free man for the first time in decades.

The driver?s motive is unclear, but officials said he deliberately aimed at the soldiers.

The device has prompted familiar questions about balancing security and liberty in the post-9/11 era.

Animals sold in pet shops must come from an animal shelters or rescue organizations.

The journey of cheese, from farm to fridge

Meet a local dairy farmer and learn how Cabot Cheese is made, graded, packaged before reaching your table.

A place of her own? Enter the ?she shed?

Women desperate to be off duty ? if only for 30 minutes ? are fleeing their homes for backyard ?she sheds.?

Getting engaged at Fenway Park is so last season. This couple got married mid-game

Two Red Sox fans stood up between innings and tied the knot at Fenway Park over the weekend.

Is there any hope for Boston?s most maddening intersections?

A look at five of our diciest crossings and what it would take to untangle them.

Why some new psychiatric beds are going unused

At least one hospital has been forced to limit patient admissions because it hasn?t been able to recruit psychiatrists.

The Patriots reportedly acquired two 767 Boeing wide-body planes to use for team travel, becoming the first NFL team to do so.

MacPherson helmed the Patriots in 1991-92 after restoring Syracuse?s program to prominence.

When Google silences dissent, it bodes poorly for the rest of us

Will Massachusetts break its pension promises?

The state has a sound plan to meet its obligations to retired public workers. It?s just not clear how long we?ll be able to follow that plan.

Glen Campbell, the grinning, high-pitched entertainer who had such hits as ??Rhinestone Cowboy?? and spanned country, pop, TV, and movies, has died.

Disney is leaving Netflix and starting its own streaming service

Better watch all those Disney movies on Netflix while you still can.

Be careful when buying those ?eclipse glasses?

Looking to earn a quick buck from excitement surrounding the Aug. 21 solar eclipse, vendors are selling glasses that may not protect your eyes.

The limits of the alt-right

How the alt-right has managed to punch above its weight.

Caring for daughter with disabilities a difficult, solitary vigil

Low state pay rates for nurses who could help have left Noelia Ferreira alone as caregiver ? exhausted, fearful, and desperate.

What realtors and sellers are required to disclose to buyers ? and what they aren?t

There are only two things state law requires a seller to tell you.

A doctor was murdered over opioids. His city is left with no easy answers

A doctor?s murder in a small Midwest city leaves other physicians fearful and uncertain about how to deal with patients who demand opioids.

What?s next for Jaime Lannister on ?Game of Thrones??

A towering dilemma in East Cambridge

Their invention is valued at $250m, but they?re not happy

Where exactly is that ?drug-infested den??

Experts see a federal crackdown on marijuana as unlikely

Teens are more stressed and anxious. Here?s how parents can help 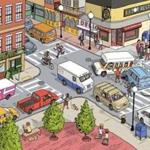 A Mass. native tries to stop driving like one

Red Sox bullpen could be a difference-maker

A deep and talented group has given manager John Farrell a lot of options.

Fans are the source of Fenway Park?s magic

The house on Olive Street, the first home she owned, was the space where she filled the pages of "Mastering the Art of French Cooking.

Trump has escaped Washington, but don?t call it a vacation

President Donald Trump would like to interrupt his vacation to deliver the following message: Don?t call this a vacation.

An analyst, a dealership general manager, and a safety official weigh in.

So much for that ?TB12 Method?

Jack Coakley was a trailblazer in a wheelchair

Tillerson still unqualified to be secretary of state

?Silence? is in the ear of the beholder

A trip of a lifetime ? delayed 40 years

In a Malden classroom, a lesson on immigration

Highway chief paved his own road to salvation

At least 9 people are killed as strong quake strikes China

Marketing workshop, innovation night, and other notable events and things to know.

?Actually? explores the grayest of gray areas between he said/she said

Through dueling monologues about a sexual encounter, the play?s two characters reveal that they have vastly different attitudes about ? and understandings of ?the same set of facts.

Last year, there were no peaches. Now there?s a bumper crop. That?s something to celebrate.

An afternoon recap of the day?s most important business news, delivered Monday through Friday.

A solitary vigil, a song of love

Noelia Ferreira is alone as her daughter?s caregiver ? and exhausted, fearful, and desperate.

Recipes: Flavored butters can perk up your grilled corn and potatoes

How to go modern in a traditional living room

Should we reimburse our summer renters who canceled because of a cancer diagnosis?