A judge sentenced Michelle Carter to two and a half years, with 15 months to serve and 15 months probation, for goading her boyfriend to kill himself in a high-profile texting suicide case. However, he allowed Carter to remain free while awaiting appeal.

In the Michelle Carter case, the eyes have it

Judge Lawrence Moniz took great pains to explain that his job was to find that delicate balance between rehabilitation and punishment.

The fire started on the first floor and crawled to the second floor dining room, a manager said.

He thought he was dying, but highway chief paved his own road to salvation

Tom Tinlin needed a lot of things to go his way when a blood vessel in his brain burst in April. Fittingly, one of them was traffic.

Reports, which may have originated in Russia, about the online game say it leads youth through a series of steps over the course of 50 days that culminates in suicide.

Dozens of people gathered to ask ICE to release Francisco Rodriguez, who missed the birth of his son this week.

Rather than bulk up to compete for trade shows, the convention center will likely focus more on a different market that doesn?t need sprawling spaces for their meetings.

Nonprofits? future cloudy as their Beacon Street home is sold

A cross-country bicycle trip of a lifetime ? delayed 40 years

John Sweeney averaged 65 miles a day, mostly along Route 20, a 3,365-mile ribbon of asphalt that is the longest road in the United States.

Why does record heat keep hitting the West?

The same weather pattern that broiled West Coast earlier this year is back, roasting cities like Portland, Ore. with record temperatures.

?Hear Ye, Hear Ye? ? Plymouth isn?t so disappointing, after all

A first-person account of a trip to Plymouth Rock and plantation, as part of the Globe?s summer tourist series.

A group of teenagers discovered the venue had failed to live up to its obligations to hold three fund-raisers a year to benefit the Department of Conservation and Recreation.

Speaking at a rally in Huntington, West Virginia, Thursday, Trump says the Russia story is ??just an excuse for the greatest loss in the history of American politics.??

The grand jury is located in Washington, according to a Wall Street Journal report, which cited people familiar with the investigation.

?I told John he?s going to need a big bottle of Scotch to deal with that chief of staff job,? said former secretary of defense Leon Panetta.

The Secret Service has vacated its command post inside Trump Tower following a dispute between the government and President Trump?s company.

Jim Justice told about 9,000 Trump supporters at a rally in Huntington that he will be changing his registration Friday.

Michael Flynn has disclosed new income and consulting roles that he previously left off his public financial filing.

Patriots brought in some real goats to celebrate Brady?s birthday

In honor of his G.O.A.T. status, the Patriots decided to bring in some surprise guests to help celebrate Tom Brady?s 40th birthday.

Mass. has more repeat lottery winners than any other state

Some people redeem so many winning tickets that they raise questions about the integrity and oversight of the $5 billion state lottery.

The Torch Tower is one of the world?s tallest residential towers reaching more than 80 stories high.

How to navigate the Comm. Ave. construction

Public transportation officials are using a variety of measures to minimize the impact to commuters of all types.

Meaningful change happens only with bipartisan support, open debate, and the normal push and pull of the legislative process.

His parents said he just needed to sleep. A SWAT team came instead

In Hingham, a welfare check on a disconsolate young man with a gun turned into something utterly unimaginable.

What realtors and sellers are required to disclose to buyers ? and what they aren?t

There are only two things state law requires a seller to tell you.

Rhode Island?s novel approach to opioids: access to treatment for all inmates

It?s the first state in the nation to offer medication-assisted treatment to its entire prison population ? in hopes it will reduce recidivism.

Baker misses unimportant pot deadline ? but that might be important 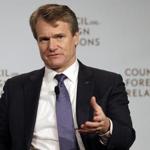 Larry Eldridge, 84, of West Newton, began his four decades as a journalist as a copy boy at the Philadelphia Inquirer.

Want to own the barn from ?Charlotte?s Web?? ?Radiant? Maine home of the late E.B. White listed for $3.7 million

'Radiant' Maine home of the late E.B. White listed for $3. 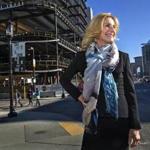 Jamie McCourt to be nominated as ambassador to France

McCourt previously served as president and chief executive of the Los Angeles Dodgers and is the ex-wife of former Boston developer Frank McCourt.

This defunct dry dock could be the city?s next great park

What?s worse ? tearing a family apart, or not letting a man see his newborn son?

Dear GOP: You can shut this mess down

?The Mooch? sleeps with the fishes

An icon for a love that has blossomed over 55 years

Ready or not, here comes polygamy

A small museum can bite the bullet. Why can?t Washington?

Lee Jae-yong broke a months-long silence, taking the witness stand Wednesday for the first time since his trial began in April.

Earnings reports, US mortgage rates, workshops and other notable events and thins to know.

The movie?s intentions are pure. The results are enraging, often in accordance with director Kathryn Bigelow?s hopes, sometimes against.

A journey from a small village to a world capital in search of a long-lost father.

An afternoon recap of the day?s most important business news, delivered Monday through Friday.

The Gospel Love Tones keep on spreading the good news

Together for decades, the group?s timeless music still resonates inside and outside the church.

Advice: A wedding invitation from friends who?ve been ignoring us

Should we reimburse our summer renters who canceled because of a cancer diagnosis?

Me vs. the squirrels: This is war