George Conway III would lead a department of about 1,000 lawyers that has vast reach across the government.

Despite cold temperatures and the possibility of snow, thousands of people are expected to line the streets in South Boston for the city?s traditional St. Patrick?s Day parade.

The shortened parade starts at 1 p.m. at Broadway station.

The Rev. J. Donald Monan, who died Saturday, guided BC for 24 years and led the school through an unprecedented period of academic and financial growth.

A sign on Route 9 in Brookfield has been lobbing bombs at town government for years, and many residents have come to accept it as a surreal fact of life.

After a growth spree, UMass Boston is in a bind

Boston?s public university racked up a lot of debt as it added programs and buildings to its campus.

Sentenced to life, a killer of 6 wants to go free (again)

The last time Richard Steeves went free, in 1984, he killed for the sixth time.

Breslin was a fixture for decades in New York journalism and a character right out of his own work.

SEBASTIAN SMEE | FROM THE ARCHIVES

Berry was the man who formed the bedrock of rock ?n? roll

The field has been narrowed to 32. Vote in our March Madness-style bracket to pick the most universally loved local place to eat.

How Jeff Bezos is taking over the world

In an economy fixated on short-term results, exceptional patience pays off.

?Drunkards?! How an anti-Irish stereotype began 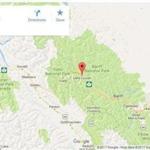 Flutie recalled that the Rev. J. Donald Monan often was by his side during Boston College?s 1984 run.

The pink, hand-knitted hats sported in demonstrations around the world earlier this year have a new home.

President Trump?s first spending plan for the government and a report by the CBO on Republican health care kicked up quite a fuss.

Ditch Obamacare, and don?t stop there

The White House, home to fun and games

GOP: The party of white nationalism

Why is Rex Tillerson scared of a free press?

Anti-Trump talk ? even at my mother?s funeral

A man who wrested a rifle away from a soldier wanted to shoot people at the airport, officials said.

Harnessing the therapeutic power of horses

At Ironstone Farm in Andover, there?s a lot of horse power to be used for rehabilitative purposes.

Beyond Woody Boyd ? way beyond

For 30 years now, Woody Harrelson has been reliably unpredictable.

A second language makes you a better traveler ? and person

Learning a second language as an adult involves trial, and a lot of errors.